On 18 October, EIF & MEP Eva Kaili hosted a debate to explore blockchain technology, its range of applications, the way it transforms value chains in every aspect of our life and reliable ways to build and preserve trust and security for its users. 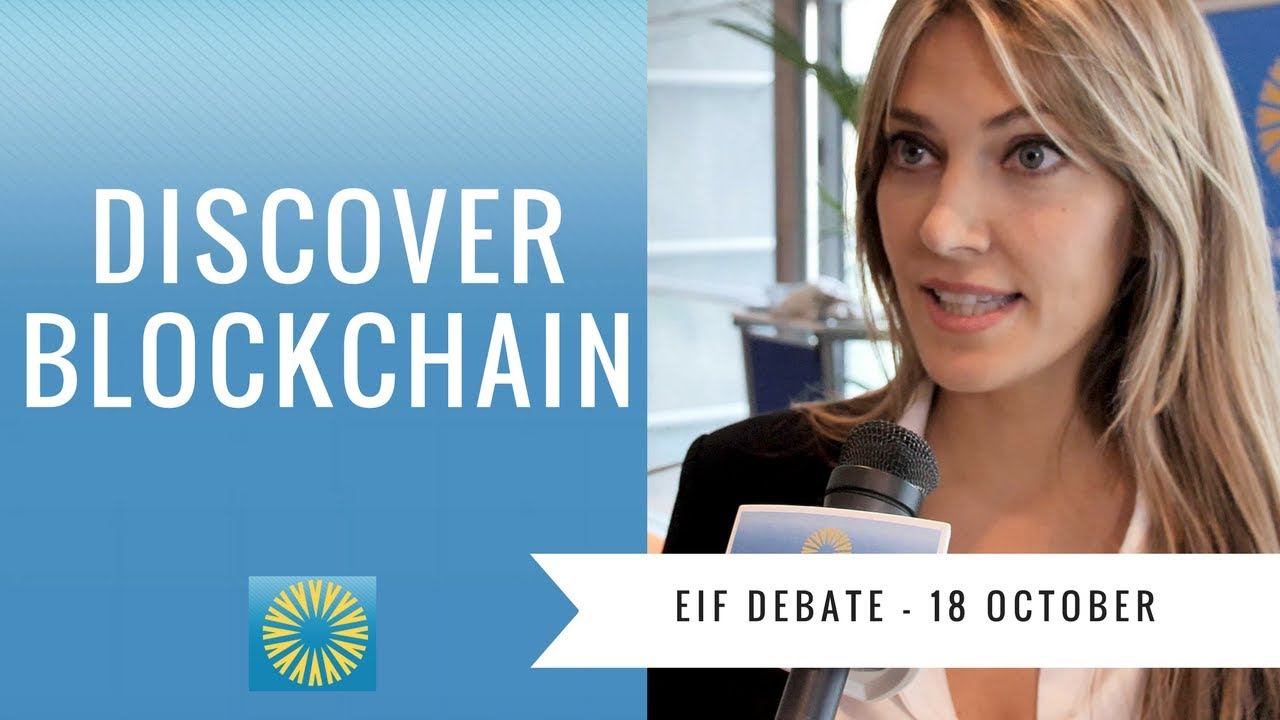 4:20
#EIFAsks: What are the main challenges in regulating bockchain technology?

For Member of Parliament Eva Kaili, blockchain technology has the potential to disrupt the banking system, the bitcoin is just the manifestation of an economic idea which is challenging the monopoly of the states in the issuance of money. This new technology not only brings us cryptocurrencies but also smart contracts and a range of areas of application that could go from energy to democracy.

Dr Julian Hosp, a renowned blockchain expert, sees huge potential in this new technology especially in decentralisation. He believes that if we want blockchain and its applications to go mass market the concept needs to be made simple, straightforward and clear. He feels the technology will only take off once consumers learn to trust and understand what it is about.

Peteris Zilgavis from DG CONNECT, informed the audience on the EU strategy, set of actions and the actors they are working with. The first step the Commission is taking on this direction is the launch of an EU observatory forum on Blockchain together with the European Parliament. Also, the EU has made a call for proposals for developing blockchains and decentralised data architectures.

Daniel Gasteiger, CEO of Pro-civis and blockchain entrepreneur, sees blockchain as opportunity for those nations that embrace it and develop a national strategy at this stage of development. Countries like Singapore, Japan, South Korea or the UAE are already experimenting its application. In Europe, Bitnation and the Estonian government have joined for a blockchain Public Notary for practical purposes such as registering births, marriages, wills, land titles, business deals and more.

Marc Taverner from Bitfury, a group specialised on blockchain services and solutions, hopes that we get to the point where rather than discussing how blockchain works we discuss the advantages and its applications. He urged the European Union to engage, test and try the possibilitites brought by the technology.

Louis de Bruin, Blockchain Leader for Europe at IBM, introduced participants into hyperledger a technology to buildblockchains. The Hyperledger Project is an umbrella organisation that supports blockchain standards, administered by the Linux Foundation and that includes leaders in finance, banking, Internet of Things, supply chains and manufacturing.

In this #EIFAsks video, MEP Eva Kaili, the renowned blockchain expert Dr Julian Hosp, Peteris Zilgavis from the European Commission, and representatives from companies developing blockchain applications and solutions such as IBM or Pro-civis, comment on the different approaches to regulating this disruptive technology.