On 10 January 2018, Viviane Reding MEP and former VP of the European Commission, invited EIF members & friends to debate on the importance of language access to the Internet. 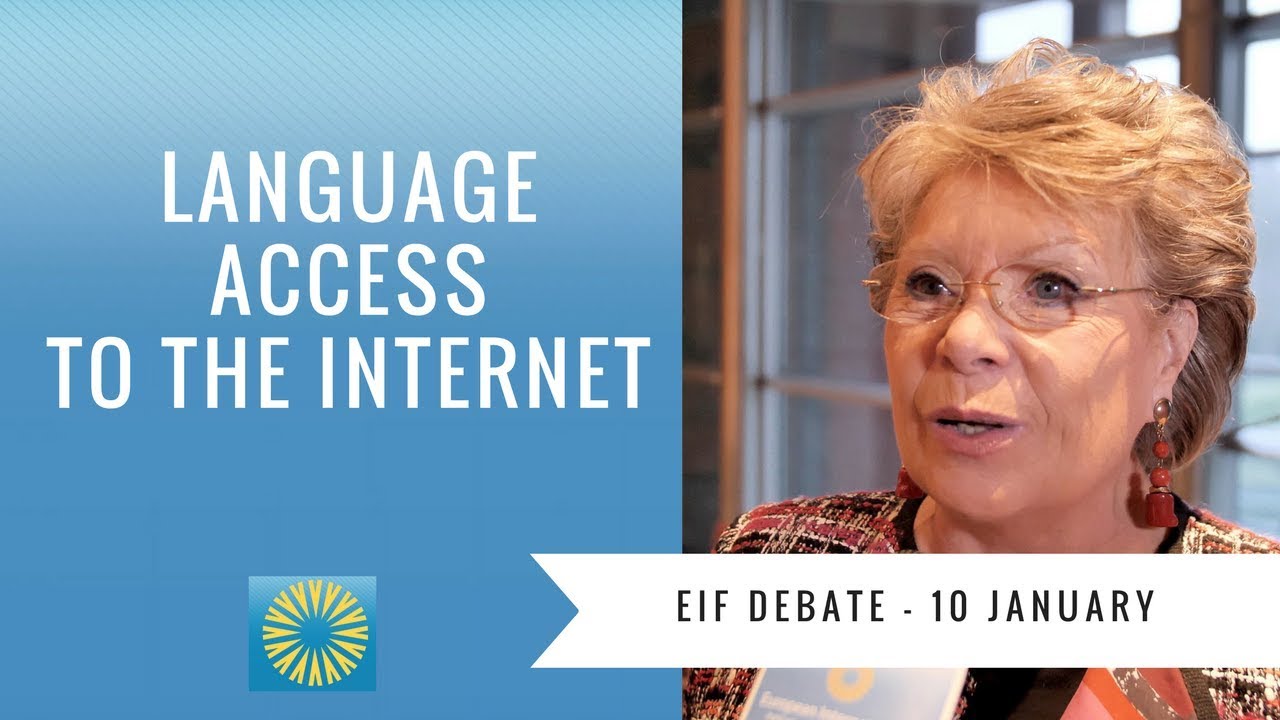 Former VP of the European Commission Viviane Reding feels that the Internet should reflect the reality of its citizens, multilingual diversity is one of them. Although numbers have slighted improved on content available in other languages other than English, there is much room for improvement. Diversity is part of the DNA of the Europeans.

Emily Taylor, the main author of the EURid-UNESCO IDN World Report, considers that language is an access issue at present. Language is a key element in allowing people enjoy the same rights, information and experiences that they have offline. Domain names serve an essential function, help people get around the internet, to know where we are. Internationalised domain names enable people to have an address in their language.

In Peter’s Van Roste view, General Manager at CENTR, multilingualism is as essential as net neutrality when it comes to maintaining an open and accessible internet. IDNs encourage linguistic diversity in the internet.

Iris Orriss from Facebook, acknowledges that 88% of Facebook users are located outside the US and Canada, the internet is access to knowledge but not if it is in language you do not understand. Nearly 80% of Europeans access Facebook in a language other than English. Overall people in the EU are accessing Facebook in 42 languages.

For MEP Algirdas Saudargas, language equality is a political issue. He has the impression that at the moment there are two solutions, the use of interpreters or a lingua franca, but are third one could be just around the corner. Technology may bring down language barriers, and a revolution such as the one brought by Gutenberg’s printing press.

In this EIFAsks, MEPs Viviane Reding and Algirdas Saudargas, the author of the IDN World Report and representatives from CENTR and Facebook, reflect on how to preserve multilingual diversity in the internet.