On 21 February, Michal Boni MEP and Head of the European Parliament delegation to IGF 2017 and EIF invited MEPs, EIF Members and friends, to reflect on the IGF programme, the process and topics of importance for the European agenda. 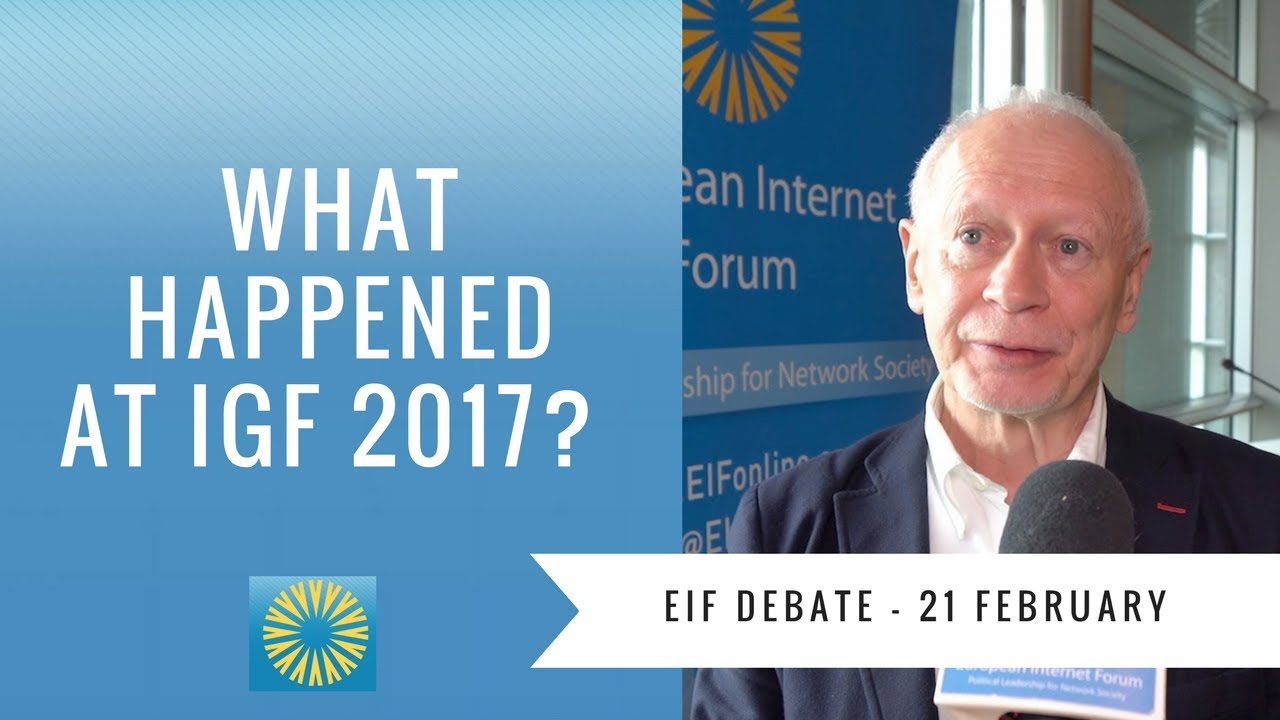 Michal Boni opened the debate by putting forward the most relevant questions regarding the Internet Governance Forum. In his view, the forum has created a new model of cooperation for stakeholders in digital issues. He believes that we need to preserve and develop this model, as a good background for future decisions.

Lora Borissova on behalf EU Commissioner Gabriel, stressed the European Commission’s compromise and support for the multi-stakeholder model approach for an open, free and inclusive internet as stated in Geneva. Mariya Gabriel is the first EU Commissioner that participates in this annual encounter.

Lise Fuhr from ETNO, would like to keep discussions alive so they translate into legislation. To her regret, the industry is not well represented yet in the discussions. However, she considers that Europe is very well represented and sees IGF is a great opportunity to share European values and practices. She thinks the IGF’s Chairman report is the way to move forward to translate discussions into actions.

For Sandra Hoferichter, Secretary General at EuroDIG, the mandate of the IGF is not to create negotiated outcomes, she believes that if we tried we would fail. The greatest output the IGF can deliver is the input it creates for stakeholders, although more work needs to be done to attract and involve the business sector.

Chris Buckridge, from RIPE NCC understands the push to have more tangible outcomes, but reminded the audience that the IGF was not designed for decision making. In his opinion, we should focus on how the IGF process will feed those making decisions on internet related issues.