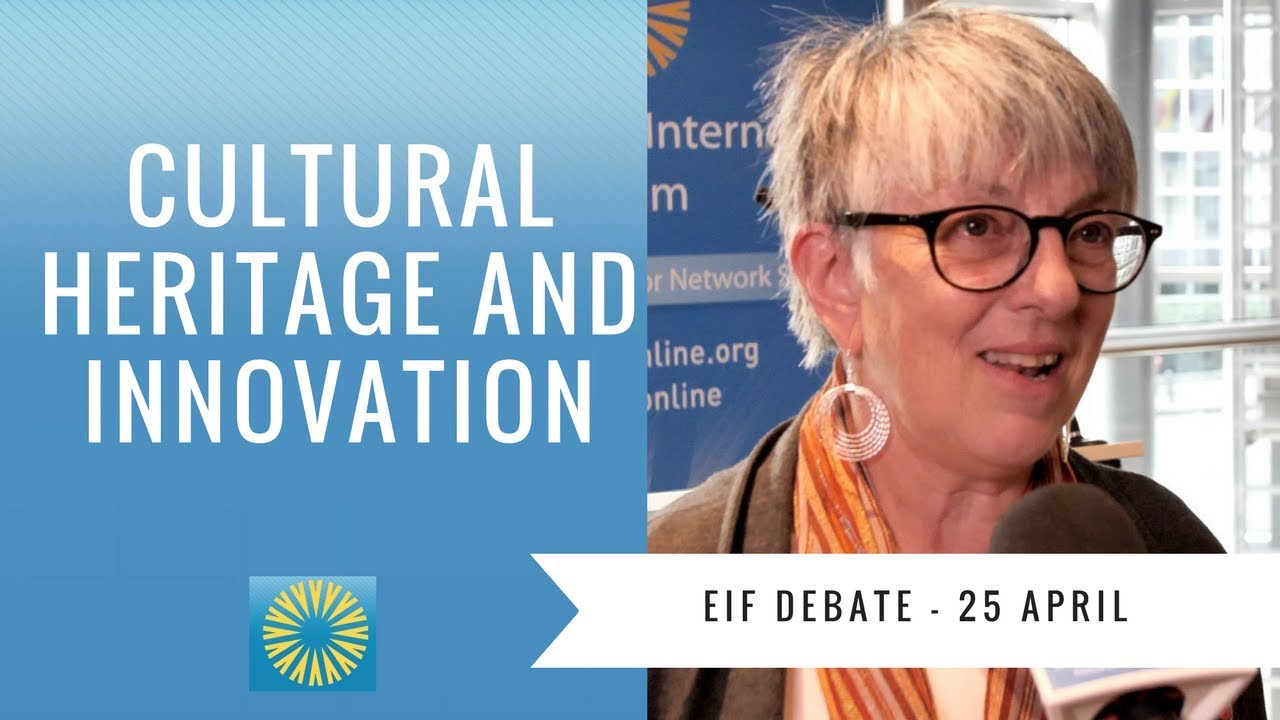 3:40
#EIFAsks on Cultural Heritage and Innovation

Julie Ward MEP opened this event with a call in this European Year of Cultural Heritage to honor the memory of Bassel Khartabil, recently executed by the Syrian regime. Khartabil was a co-founder of the Aiki Lab in Damascus, a technology space that fostered open source programming and digital freedom. He also led the Creative Commons Syria, where his contributions inspired collaboration, community and the sharing of culture and knowledge, notably for the eventual rebuilding of Palmyra based on digital modelling. She went on to underscore Europe’s leading position for cultural assets and the importance of preserving and promoting cultural heritage for human rights, inclusion, accessibility and democracy, as well as economic growth and innovation.

• Following the Bousquin report, Europe’s cultural heritage is now seen as a driver and strategic resource for both the economy and society, and cannot be locked in the past;

• A focus will be research, with a growing digital dimension, on innovation for protecting and promoting cultural diversity, as for example projects for inter-city cooperation based on the co-mentoring of cities serving as role models;

• Rural regeneration is another focus, notably looking at the development of historical areas as hubs for innovation.

Cristina Mussinelli, Secretary General of LIA Foundation (Italian Accessible Books), stressed the importance for cultural heritage of the LIA mission, to improve the accessibility of digital material for visually impaired people. The ultimate solution, for which publishers bear a particular responsibility, will be standards definitions and production tools allowing for the expansion of material “born accessible” – other approaches will be too expensive.

Ton Rombouts, Member of the European Heritage Label Expert Panel and former Mayor of ‘s-Hertogenbosch, stressed the lesson of his many years of mayoral experience: a city that promotes the rise of a creative class and invests in culture, sports and education enhances both its economy and its safety. This approach must particularly cover all children and promote contact with all kinds of culture, thereby liberating these generations from prejudice and fear, and fostering courageous citizens in an inclusive city, region and continent.

Eleanor Kenny, Head of Communications, Europeana Foundation, likewise stressed that culture is an incredible resource which can transform Europe and the world, through the promotion of high quality, diversity and accessibility. By way of example she presented the many different components of her Foundation’s current project on European migration, focused on demonstrating that our personal identity is made up of multiple influences deriving from the migration of previous generations. The project seeks to facilitate cooperation among different sectors and is notably focused on the solicitation of personal stories to be widely shared, and the creation of educational materials on migratory history and themes.