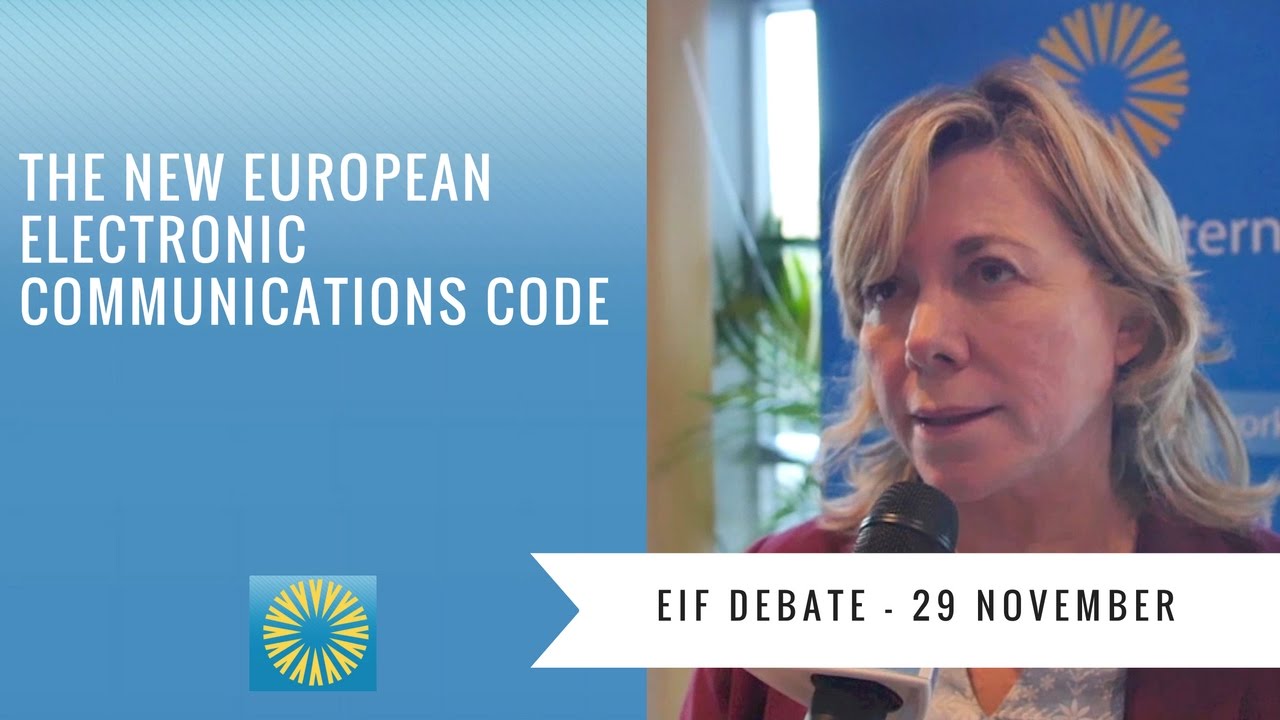 3:01
#EIFAsks: Does the EU need evolution or revolution in our regulatory framework for EECC?

On 29 November, Pilar del Castillo, MEP and EIF Chair, invited EIF members & friends to discuss all aspects of the new European Electronic Communications Code (EECC) and to hear the views from some of the key stakeholders.

In her opening remarks Ms del Castillo noted that the new EECC, once adopted, will speed up Europe’s digital transformation. However, there are some aspects in the Commission’s proposal, which may need to be improved.

Steven Tas, Executive Board Chairman of ETNO - European Telecommunication Network Operators, spoke about the importance of creating the gigabit society. He also noted that there is space for improvement in the Commission’s proposal. He stressed the need for an inclusive investment incentive model and the need to create more space for innovation in Europe.

Ursula Pachl, Deputy Director General at BEUC, presented the consumers’ point of view. She noted that the proposed package touches many important issues for EU citizens. She spoke more in depth about competition, consumer rights and ways to deliver Digital Single Market value for consumers.