On the occasion of the World Refugee Day on 20 June, MEP Julie Ward exchanged views on ’Refugees and the role of the Internet and ICTs' with prominent speakers and EIF members at the European Parliament in Brussels. 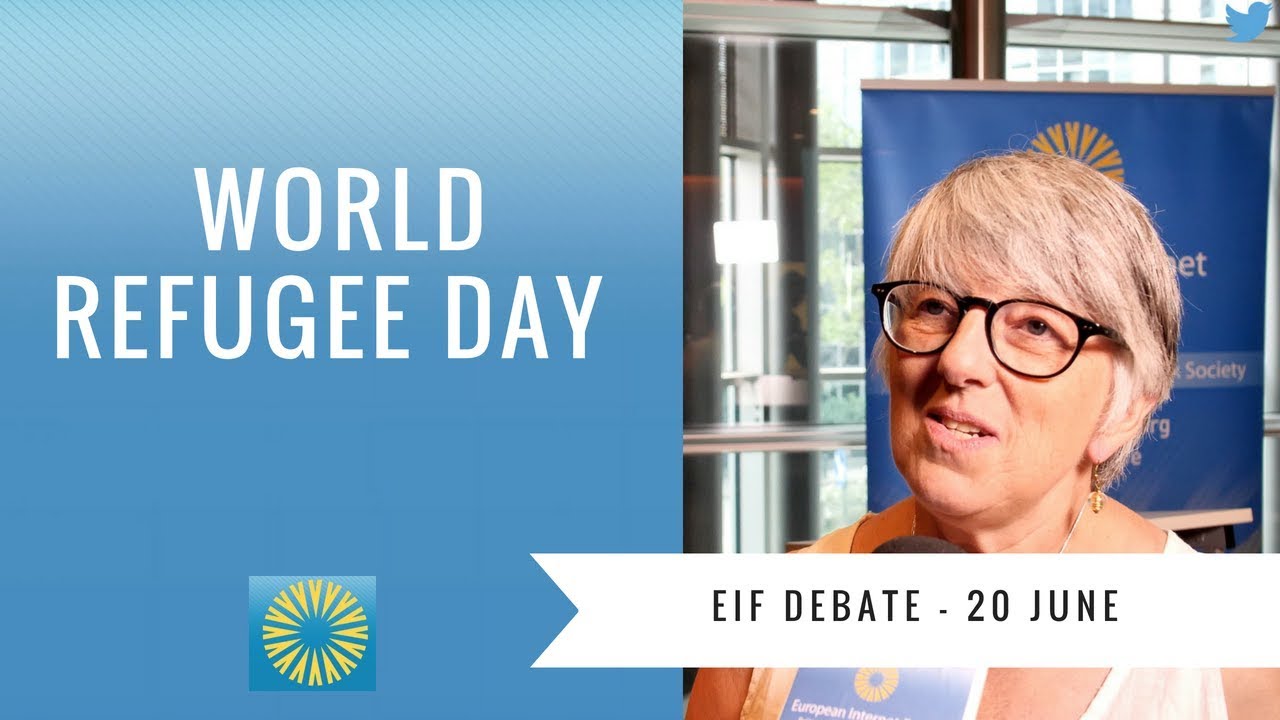 4:55
#EIFasks - World Refugee Day: the role of the Internet and ICTs

Julie Ward, MEP and EIF Steering Committee member, led the organisation and hosted this EIF event on World Refugee Day to highlight the vital role of digitally-enabled connectivity in the lives of asylum seekers and displaced people. She opened proceedings by stressing both the positive impact ICT can have in many ways, as well as the untapped human potential these populations represent for digital skills.

Veronique de Leener, Director of MAKS vzw, described two ICT-centric projects her organisation is doing with refugee communities in two of Brussels poorest neighborhoods. In the first, a 17 year old refugee who fled Syria a year ago has been trained to teach programming and coding to youngsters between 8 and 11, with some remuneration, while she also goes to high school. The second, a European Commission supported project, is also focused on training trainers in ICT skills. The longer-term objective of these projects is to create producers of digital products, not just consumers, thereby establishing the basis for life-long learning and employment.

A complimentary effort encourages refugees to tell their own stories through short, three minute videos, of which there are now several hundred viewable online. This not only contributes to trauma healing but again teaches ICT skills, linguistic skills and collaboration, while generating empathy with EU citizens through greater understanding.

Elie Ayoub, Chief of ICT Emergency Preparedness and Response with the UN Refugee agency (UNHCR) centred his remarks on three words: remote, dusty and dangerous. To illustrate he told the story of the town of Diffa in Niger, which is isolated, desperately underdeveloped, and subject to attacks by Boko Harem. The population of Diffa has doubled since 2015, now hosting over 250,000 forcibly displaced persons who need assistance and a path towards a sustainable future. A vital step in enabling such support here - and in all refugee emergencies - has been the establishment of internet connectivity for use by the humanitarian community. In this extremely remote area, connectivity is through a mobile, satellite-based telecom platform, emergency.lu, developed through a public-private-partnership between the Luxembourg Ministry of Foreign Affairs and Luxembourg-based companies.

Jenny Casswell, from GSMA, stressed the commitment of the mobile telecommunications industry to provide vital connectivity to some 135 million displaced persons in the coming years in collaboration with established refugee organisations, and told an illustrative story of a hypothetical refugee family. Key focal points include : digital identity, mobile financial services, mobile-enabled utilities (e.g. energy and water), wellbeing and inclusiveness.

Mike Carter, Vice-President Operations at INMARSAT, introduced Imarsat as a private company providing satellite enabled connectivity, formerly an NGO within the UN system and still imbued with the UN culture. Stressing the power of connectivity in crisis conditions, he told the story of Team Rubicon, a small NGO of former first responders, with whom Imarsat now partners to deploy connectivity to crisis zones, contributing both equipment and bandwidth through its networks, often to areas uncovered by other mobile providers. Such experience highlights more generally the decisive role which private companies can play to support public efforts to provide digitally-based services to the many millions of displaced persons worldwide who require care and a path to a sustainable future.

Finally, Brando Benifei, MEP and EIF Steering Committee member, thanked Julie Ward for overseeing this timely EIF event, summarised the vital role ICT-based connectivity and services play in these efforts, and called for Parliament to insist on integrating streams of work and financing within the European Union system to advance them. He closed by noting that whereas Europeans, when seeing asylum seekers and refugees with smart phones in hand, often interpret this as evidence that they are not as desperate as one might think, should rather understand that this connectivity is the first step toward viability and integration.