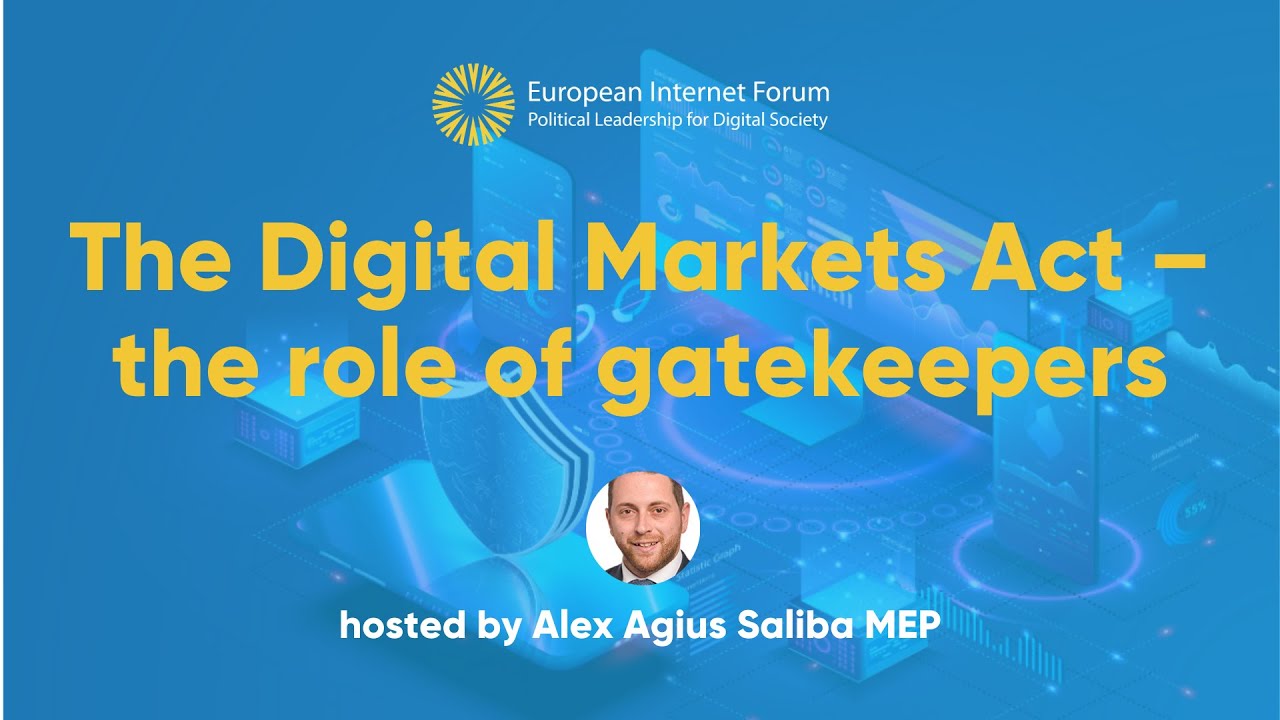 33:22
The Digital Markets Act: the role of gatekeepers

Alex Agius Saliba MEP opened the discussion by stating that, when adopted, the DMA will have a massive impact on the digital world not only in Europe but worldwide. In his opinion, this is a very courageous step from the European Commission in setting the records straight and levelling playing field by addressing the long-overdue problems and also harmful business practices of the companies that fall into the category of “gatekeepers”.

According to MEP Saliba, by regulating large platforms and imposing ex-ante regulations, the DMA has the potential to open the market to new entries, SMEs, startups and promote directly a higher level of consumer choice, driving innovation forward. The DMA is addressing gatekeeper companies, because they sit between other businesses and their customers, controlling core services such as search engines, social and video sharing platforms, online marketplaces etc. “There is a lot to like about the proposal but also a lot of room for improvements”, with the ambition of creating a better online environment, MEP Saliba concluded.

The European Commission’s perspective was shared by Inge Bernaerts, who reiterated that the primary objective is for markets to remain open and contestable so that businesses in the EU can compete fairly online as they do offline. In addition, the proposal aims to avoid unfair conduct by such gatekeepers towards either the business users or final consumers. In this sense, the Commission has chosen ex-ante regulation as an instrument: The do’s and don’ts are set out in the legislative act itself and will apply automatically to designated gatekeepers. “We have not chosen a case-by-case approach, but we deliberately made a choice in favour of speed and legal certainty by specifying in the DMA itself the obligations and prohibitions that will apply”, stated Ms Bernaerts.

Concerning the designation of “gatekeepers”, the process requires a decision by the Commission. Ms Bernaerts stated that a gatekeeper would be a provider of core platform services which have a significant impact on the EU internal market, serve as an important gateway for business users to reach customers, and have an entrenched and durable position. Those providers that meet quantitative thresholds such as turnover or market value, can be designated fast. Then, obligations kick in instantly and sanctions can go up to 10% of turnover.

Vincent de Dorlodot shared a few overarching principles which, in his opinion, should support the do’s and don’ts: non-discrimination, real consumer choice, transparency and guaranteed access to data. “For media companies, accessing their own data is strategic to improve and adapt our services but also to monetize them”, Mr. de Dorlodot highlighted. While looking forward to the improvement of the text by the European Parliament and Council, he underlined that time is of the essence and that ex-ante rules need to be clear and efficient. Moreover, the text should be simple, efficient and adapted to fast-moving markets and practices. Lastly, Vincent de Dorlodot stressed that “the future of content creation in Europe is at stake”, as it is essential to find solutions for cultural and creative industries to compete fairly in order to be able to create rich and diverse content.

According to Fiona Scott Morton, the Digital Markets Act is a great first step, as it is reacting to the last ten years of antitrust enforcement, which did not bring sufficient results. The DMA proposal also captures a business model that antitrust enforcement has overlooked: the business that got lucky, benefitting from networks effects and economies of scale. Ms Scott Morton also warned about the potential unintended consequences of the quick designation of gatekeepers: “If you set up a system with no escape hatch, in a situation that does not match the rules envisioned, inevitably there will be a clash down the line.”

In her opinion, interoperability and portability are opportunities to make real progress in lowering entry barriers and promoting competition. Interoperable markets bring no switching costs for consumers, while market effects and economies of scale occur at the market level and that makes it very exciting for new entrants.