On March 21, MEP Michal Boni and EIF invited MEPs, EIF Members and friends, to discuss how to ensure that digital is prioritised in the next Multiannual Financial Framework, from artificial intelligence to cyber-security and from copyright to ensuring high speed internet access. 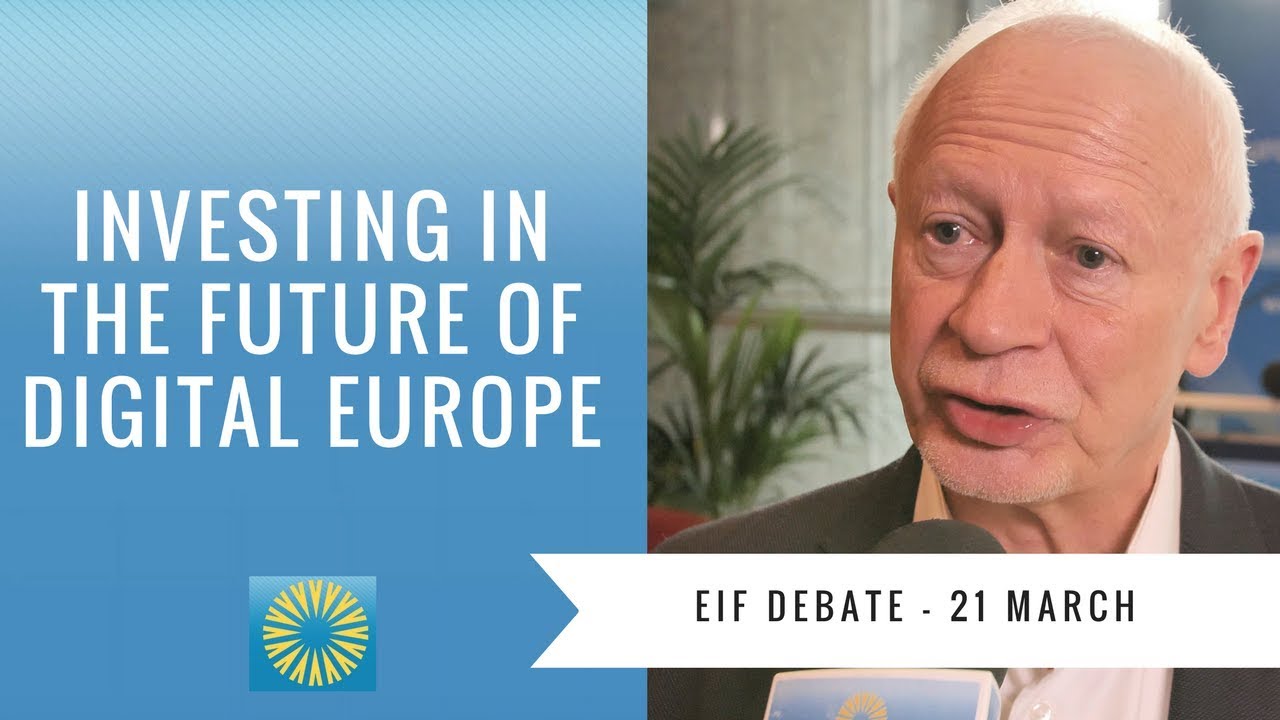 2:28
#EIFAsks on how to provide a digital economy and society

Michal Boni, would like an EU budget driven by priorities and results rather than financial constraints. In his view, it is clear that the current revolution can support the development of a digital European economy and society, but for this we need a horizontal approach that encompasses all sectors of the economy.

Jan Olbrycht, agrees with MEP Boni on the need of European priorities, since he considers that too much focus is put on the resources rather than the goals. The co-rapporteur favours the conception of an integrated horizontal approach to address the digital elements of each European policy in the MFF.

For Kalin Tomov, representative of the Bulgarian Permanent Representation, digital is not a sectorial policy as it concerns all policies and believes that efficient spending and added value are as important as securing funding.  The digital transformation of the economy and society is a reality from which we cannot escape due to take place even without specific policies. Unfortunately, it seems not all regions are moving at the same pace.

Günther Oettinger regrets that Europe is falling behind regions such as South Korea, Tel-Aviv or Silicon Valley, due to lack of investment. The Commissioner wants the next MFF to have a digital profile. In his view, the modernisation of current regulation could pave the way to the creation of an attractive framework for investors in digital such as telecom operator or financial institutions. His service is working on a proposal that focuses on European concrete projects and that would double investment to achieve digital transformation goals.

In this EIFAsks video EU Commissioner for Budget, Günther Oettinger, MEPs Jan Olbrycht (MFF co-rapporteur) and Michal Boni, and Kalin Tomov from the Bulgarian Permanent Representation, give their views on how to support Europe's digitisation through the next MFF.