The territorial dimension of the single market is now more than ever at the core of the European debate; this is why, on 28 October 2020, EIF organised a virtual discussion amongst several experts to explore the different facets of geo-blocking. Is it more an opportunity or a barrier to the digital single market? 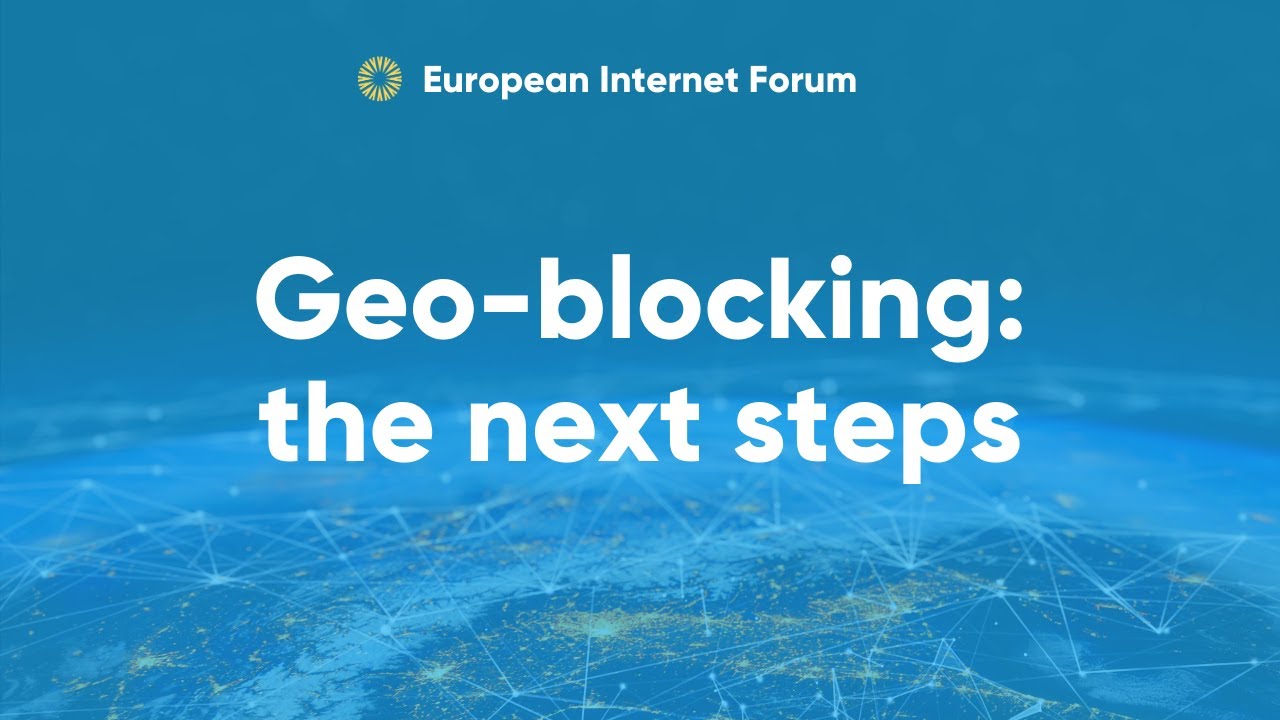 Róża Thun MEP, in her opening remarks, focussed on the importance of geo-blocking and how the pandemic made us more aware of it, realising how any sort of barrier makes our life difficult. The MEP reminded some main points deriving from the purpose of the regulation, in particular the prohibition to territorially discriminate consumers and how the European Commission’s analysis is extremely important to take into account not only the increasing expectations of consumers but also the potential costs and benefits arising from any changes to the scope of the regulation, in particular the possible deletion of those exemptions that were very controversial for many, namely on music, e-books and games.

According to the MEP, the audiovisual sector has to be slowly taken into consideration, since, especially in those times, it is important not only to open to help the businesses, but also build a united Europe which can only be possible if also united in the virtual sphere.

Andrus Ansip MEP focussed on the different difficulties that geo-blocking caused in the past, not only to digital content but also to physical goods. Nevertheless, the portability proposal was a real success.

He shared his view on audiovisual content, not covered by the current regulation and how, more generally, this issue is not as defined as the portability issue. The main question is which law should apply: sellers' law or consumers' law? Can we define this part of abolishing unjustified geo-blocking as a real success? MEP Ansip, after giving these considerations, shared his belief that a final destination has not been reached yet and that a lot of work still needs to be done.

Prabhat Agarwal underlined how the European Commission fully shares the overall objectives of creating a better access to goods and content across EU borders and how it commits to collect feedback from the Member States and carry out a range of studies, surveys and detailed analysis of a possible extension of the Geo-blocking Regulation including audiovisual, e-books, music and video games content and services.

Even if the period of time during which the regulation was in force was not long enough to really detect all its expected impact in the sectors that were already in scope, the preliminary findings of the European Commission show that the effects of the potential extension of the geo-blocking regulation vary depending on the kind of content. He reassured the audience that the European Commission will publish its findings soon, being the delay caused by the difficult situation of the pandemic.

Léon Mölenberg, representing national e-commerce organisations, companies and web shops, made some remarks on how the territorial sales of goods and services changed with the portability and geo-blocking regulation. What is extremely important for web shops is to have the opportunity to organise their delivery area on their own conditions, without an obligation to deliver everywhere in Europe.

Mr. Mölenberg focussed on the possible challenges that web shops may experience, such redirecting (and how it would be more useful for consumers to give their consent via an opt out and not via an opt in), platforms intermediaries or search engines interference (search engines often remain national oriented), law applicability, the competence of goods, after sales services, consumer rights law, non-conformity (especially on repair, replacement and damage compensation).

Linn Selle made clear that, as a general condition, consumers should be able to easy buy online and in the digital single market. Cross border is important and online purchases are more attractive now with the pandemic: consumers clearly prefer to buy online and cross border both via web shops or with online platforms mediation.

Roughly 10 million of EU citizens do not live in their home country and need, therefore, cross border services and while companies have the freedom of establishment, consumers are dependent on the traders accepting to sell and deliver to their country.

John Phelan reiterated the importance of the European digital single market, but also its fragility. Crucial for achieving viability and central to today’s debate is fair licencing in every Member State, the principle of territoriality and the respect for copyright which, we have to remember – he stressed – is not a dirty word but the income of millions of creators and SMEs across Europe.

He underlined how the International Confederation of Music Publishers agrees with the exclusion of digital music and indeed copyright protected works from the legislative scope. He stressed how post-Covid19 era will require extreme prudence and experience in EU policy making, since the projections show a lot of losses for the music sector.

David Martin as well brought at the forefront the consumers’ perspective: geo-blocking is a real discriminatory practice that should have no place in the digital single market. A lot has been achieved so far on e-commerce and on portability, but a big piece of the puzzle is still missing.

From consumers’ perspective, the audiovisual services should have the main focus at the moment since it is where consumers find more difficulties: the current situation is limiting consumers’ choice, generates frustration among them, it incentivises piracy and restricts competition. Mr. Martin reiterated that this is not against territorial licensing, but advocating for allowing those consumers who want to go elsewhere, to be enabled to do that.

Enrico Turrin reiterated how in the book sector, in most cases, e-books are available in almost all territories to consumers, the demand being mainly driven by language consideration (therefore, cross border demand for e-books is very limited outside of homogeneous linguistic areas). On the other hand, the location of a customer does matter to a vendor because it is not at all cost-neutral to sell in other territories.

A blanket obligation to avoid restrictions would likely achieve the opposite, because it would force small operators (a lot in this sector) to withdraw from online sales altogether and reinforce the already dominant positions of few large players. A lot of mitigating measures could be put in place, but in the current situation, an indiscriminate ban on geo-blocking would generate costs much higher than the benefits and would not stand a proportionality test.