An increasing number of cyber-attacks makes us worry about our safety online. Consumers trust is crucial for the digital economy to function. 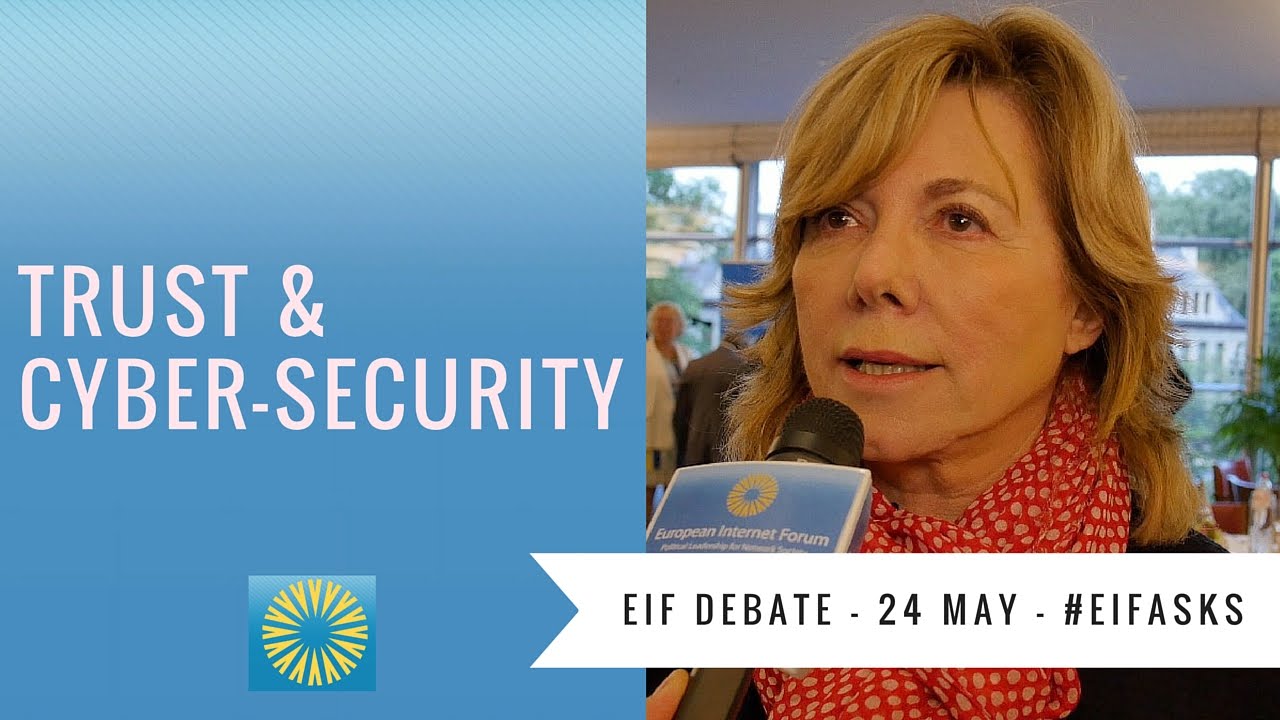 On 24 May Pilar del Castillo, MEP and EIF Chair, invited civil society, industry and policy makers to address the importance of trust and cyber-security. In her opening remarks she reviewed a number of the European initiatives to tackle this issue.
Paulo Empadinhas, Head of Department 'Administration and Support' at ENISA, presented the work of the European Union Agency for Network and Information Security. He also spoke in depth about ENISA’s role in implementing the Network and Information Security (NIS) Directive.
Didier Carré, CECUA Vice-Président Extraordinaire for EIF, and Dr Bruno Vogel, CECUA Director of Technology, spoke on behalf of computer users. They stressed the fact that when it comes to cyber-security, computer users are often not represented and do not know how to ensure their safety online. The slides of their presentation are available here.
Pierre Buijsman, Senior Manager, Systems Engineering for Northern Europe at FireEye, spoke about the aftermath of successful cyberattacks and data breach. He noted that it is important for public and private sectors to work together to tackle this problem. He also spoke about the skills gap as an important factor of safety online.
Louis Pouzin, inventor of the datagram, precursor of the TCP/IP protocol and designer of the early packet communications network CYCLADES, called for more coordinated action between various stakeholders to fight cyber-attacks, and stressed the importance of EU-backed research into new technologies for isolating networks from each other while maintaining their interoperability.
Sebastian Gerlach, Director Corporate Affairs at Microsoft, presented his company’s position on fighting cyber-attacks.

EIF also took this opportunity to ask the speakers if we are gaining or losing ground in the race to contain threats to our cyber-security and this is what they had to say...